This was the second edition of the Pan Celtic Race. I took part in the first edition in 2019 but didn't finish that one. So I was back for more and to put things right. I don't like unfinished business and I feel a certain amount of pressure (and pride) to demonstrate that the ElliptiGO stand by bike is capable of competing at these distances, in tough events and amongst the company of much faster lighter road bikes. But mainly I just had something to prove to myself. This was personal.

The 2021 route started in Plymouth on the South coast of England and travelled west along the veryhilly Cornwall coastline to Land's End. The route then went north before coming inland for a visit to the historic Stonehenge via Glastonbury (home of the famous Glastonbury festival!!) We then travelled through the amazing Cheddar Gorge, before heading into South Wales and Pembrokeshire and to the furthest point west and the ancient Celtic city of St Davids. We would criss-cross through the heartland of mid-Wales, along ancient pathways and across stunning valleys of outstanding natural beauty. We would continue north up staggeringly tough climbs alongside mountain lakes before heading to the coastline of the Llŷn Peninsula and on to the Island of Anglesey, and finishing in Llandudno, North Wales.

Day 1 was of course very exciting and new and so everything about it was fun but that didn't mean it was easy. All the riders knew what to expect coming into this race regarding the elevation gain in Cornwall but nothing quite prepares you for the sight of a sheer wall of tarmac that looms large right infront of you and you somehow have to get up it!

One of the first questions I always get asked by cyclists about the ElliptiGO is "can it climb", and "how is it on descents". The ElliptiGO can climb for sure otherwise I wouldn't have even made it past mile 2! But you do have to know how, especially when the climbs come so thick and fast. My long stride ElliptiGO model has an 11 speed Shimano Alfine hub so it has a good gear range but you still need to know how to use them effectively. The technique required to climb extremely steep hills takes a lot of practice if you aren't going to be burnt out by the top of the very first one. The ElliptiGO climbs best by pointing it straight up the hill and dropping into your lowest gear. And then with good balance and good core and arm strength, stand tall and keeping the handlebars as straight as possible you slowly but surely "float" up the hill. Focusing on a very smooth stride motion. Minimal effort for maximum gain. None of this going from side to side business. That zaps energy and is inefficient on the ElliptiGO. And this is what I had to repeat regularly throughout Day 1 and the rest of the race. Some climbs were just five minutes long, some were 10 minutes whilst others were 30+ minutes of continuous steep up.

My loose plan for the race was to try and average 200KM per day. So 10 days in total to complete the 2,000KM race distance. But after my failure in 2019 to complete the race (where I massively over planned both my pacing strategy, and stops) I wasn't about to make the same mistake again. So whilst 200KM was a nice goal and gave me something to aim for each day I wasn't going to let it dominate things.

Day 1 didn't start until 10:30am so a late start and a tonne of climbing meant I was extremely pleased to record 175KM for the day, and turn in to bed by midnight in my first ever bus stop shelter experience! It wasn't cold and my new Marmot Hydrogen sleeping bag was very warm and comfortable. I also carried with me an inflatable half mattress, inflatable pillow and waterproof bivvy bag with me as well.

The morning of Day 2 was very enjoyable. It was still early in the race and the legs felt good. Despite all the climbing I was managing to ride every one. The weather from the previous day had also cleared up and progress was being made. But there was talk amongst the riders in the morning at the breakfast cafe that a big storm was coming in and would hit us hard by mid afternoon. You can't control these things so you just continue and do what you can as the situation unfolds and reveals itself. And oh boy did it reveal itself!! The rain came in hard and the wind also picked up. The climbing continued too and as we were on the coast it was very exposed. It was a perfect storm and it just didn't stop. Hour after hour all through the afternoon and into the evening. It was not very pleasant! I managed to find shelter in a large public restroom on the beachfront in one of many bays we visited. There were individual cubicals where I could take in the ElliptiGO too, and access all my gear in my bags without getting drenched. It was feeling quite sorry for myself at this point as it was absolutely horrid outside. I got into my full weather gear incluiding warmer long sleeve base layer, 3/4 length tights, waterproof trousers, winter waterproof gloves, warm hat etc. I was ready to do battle against the elements once more.

As day turned into evening the rain didn't stop and I was getting colder and colder. The waterproof trousers were far from waterproof as the incessant rain drove straight at me. I was soaked through to the core. The hours went by with the occassional suggestion of the rain stopping for it only to come back harder still. The thought of being in this for much longer and trying to find shelter outside for the night to sleep was a concern to me. And all I kept thinking was, it's only Day 2 I don't know how much more I can take of this. Weather changes everything on rides like this. It's one thing when its just a one day ride and you soon know that you will be back at home inside in the warm but your mindset totally changes when that security of warmth and shelter is taken away from you. It's quite daunting.

And then a miracle happened. And I do mean a true miracle. I ride past a church in the village of St Newlyn East and the thought occured that I should perhaps stop and take refuge in its doorway to get out the rain for a bit. As I'm thinking this I continue to ride and spot Oliver walking down the lane with a lady. I had ridden with Oliver briefly earlier in the day. Oli had taken refuge in the church doorway and the lady, Jo whom he was walking with, was at that minute leaving the Church and asked Oli what he was doing. He explained and she offered him a warm room for the night at her house. As I ride past them both and slow down to chat Oli explains this to me, and I just look at Jo and say, I don't suppose you have room for one more do you? Jo took both Oli and I into her house where we could dry off all our wet gear, have a shower, she cooked us beans on toast for supper, had a room to sleep for a whole night and got eggs on toast in the morning. This was honestly a game changer for me. Had I not passed them at that exact point who knows where my race would have gone. Several riders 'Scratched' on Day 2 meaning that they decided to stop. I wonder how close I would have gone to thinking the same.

As a Christian myself all I can say is a huge thank you to Jo and her husband Simon who demonstrated through their actions' Jesus love for us. I felt truly blessed to be in her home and what she had done for us and knew from my heart that this was God taking care of me. I regularly pray on my rides and ask God for help and he always delivers. He has never let me down. Roll on Day 3!


Day 3 was a huge day of riding (250KM) and took loads out of me. Hitting the Quantock Hills AONB (Area of Natural Beauty) after midnight was not something I'd planned. I never look too far ahead of the route preferring instead to just stay in the moment and ride just what's infront of me. This way I can't worry about something further along if I don't know what's coming. But the Quantock Hills had some very big climbs and I was pretty exhausted by this point. Once I got through the Quantock Hills which by the way were pitch black so I couldn't tell you whether they were beautiful or not I rode on through the town of Bridgewater well after 1am. I stopped there at a 24hr petrol station and got a Costa Coffee and filled one of my water bottles with Redbull! Ate a packet of peanuts and continued.
I was fully prepared to just ride on through the night now and gave up on finding anywhere suitable to stop and rest. But I stopped in a bus shelter in a sleepy small village of Edington around 3AM. I got out all my sleeping stuff but I'm not sure I even slept a wink to be honest. Roll on Day 4.

I started to feel the effects of no sleep from the previous night my mid-afternoon which effected my mood and just led me to enjoying the riding a little less. I always found the late afternoon period into early evening the hardest mentally. Often only just over half the daily 200K distance had been completed by this point yet it felt like the day was closing in and time was always running out. It's at this point when I always started doing the maths to work out what time I would hit the magic 200K figure for the day. It was always somewhere between 10pm and midnight. But on Day 4 I really just felt like I had to cut it short. It was raining AGAIN now and that always effects my spirits. It wasn't even cold but since my feet played up after the soaking they got on Day 2 and then I rode threw the heat of the day on Day 3 the soles of my feet were very tender and I was constantly aware of the rubbing and the need to look after them. More rain and soaking wet shoes again was not going to help.

I took shelter from the rain in a bus shelter and jumped onto Booking.com and looked for a nearby place to stay. There was a last room available in a B+B in the next town of Westbury which was only 4 miles away and on the route. It also happened to be the Euro's semi-final between England and Denmark so I could shower, dry my clothes, eat, watch the game and get a good night's sleep. I could hardly keep my eyes open for the game however, but I just enjoyed laying there in the dry and not being out there in the rain.

A wet start to Day 7 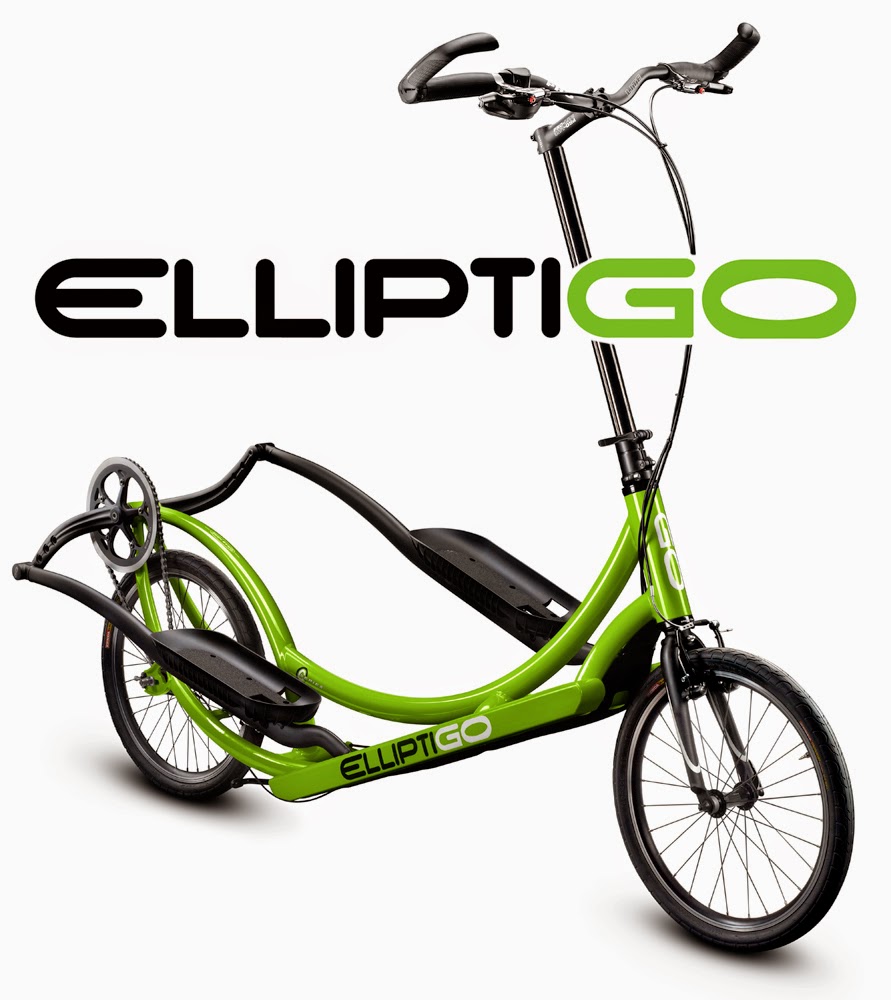